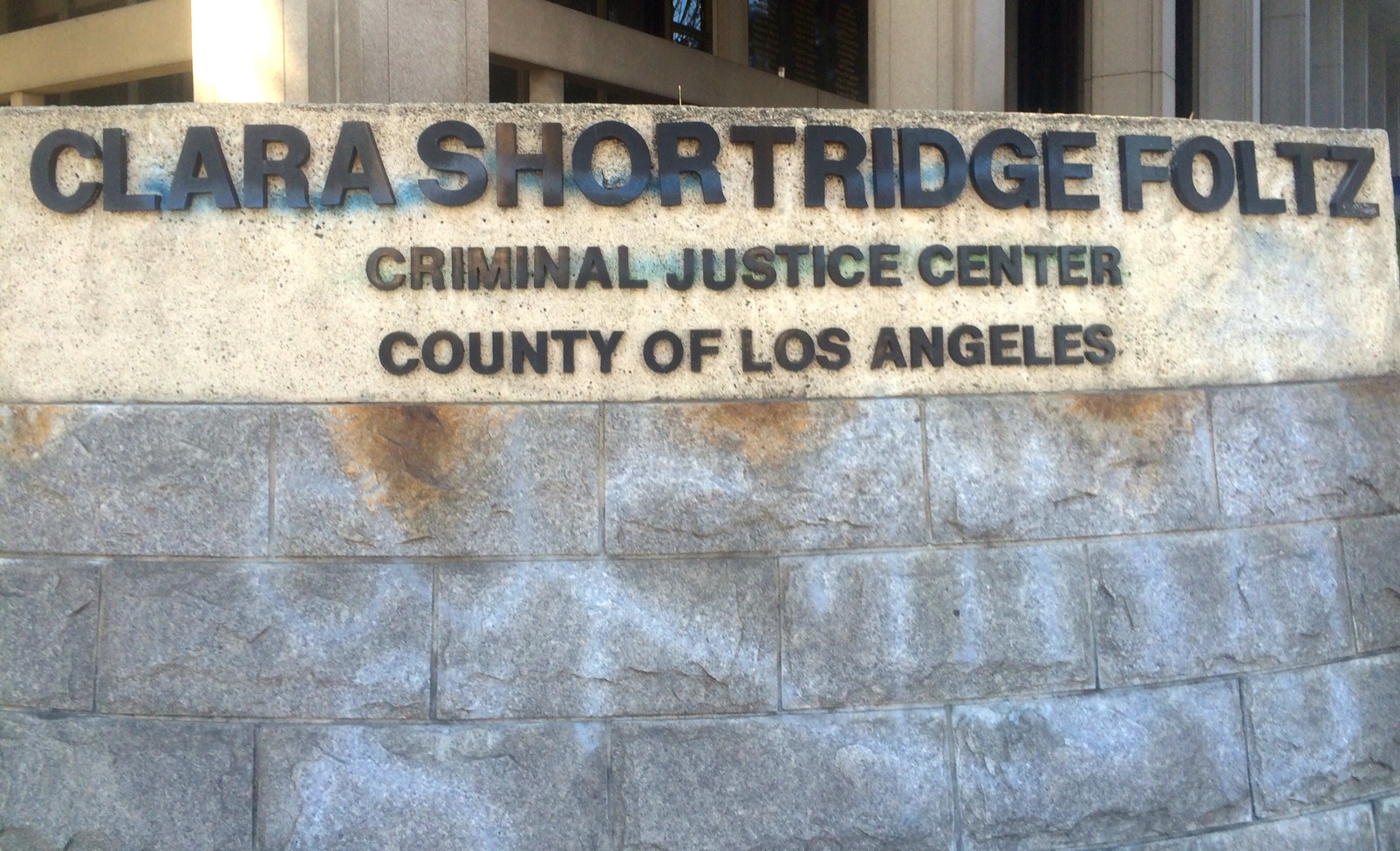 Some weeks are just wingdingers, aren’t they? First I had some kinda stomach bug…always pleasant and graceful. Then I got a sinus infection…equally as pleasant and graceful and then came the cherry on my sundae…Jury Duty! Now don’t get me wrong, I am well aware that Jury Duty is my civic duty but so is paying taxes and obeying the speed limit…one cannot be expected to always approach these duties with heaps of enthusiasm.

Now to make matters worse, I had to report to a courthouse in downtown LA so the rush hour commute from my Venice Beach apartment was more challenging than the Final Round of Jeopardy! I was instructed to park at the Walt Disney Concert Hall…sooo LA…and as I walked a country mile to the Clara Shortridge Foltz Criminal Justice center, I found myself instantly regretting wearing stylish shoes.   Of course, being a Southern woman, I had woken up at the crack of dawn, washed and dried my hair, applied enough makeup for a Vogue cover shoot, and carefully chose an outfit in a color that made my pale skin and red hair glow.   I find myself perpetually grateful for the handy knowledge acquired when Mama made me “get my colors done.” Never underestimate the power of knowing your colors.

When I finally arrived at the jury holding cell, I looked around at the hundred or so potential jurors assembled and surmised that most of these folks’ Mama’s had not made them get their colors done. I settled into a seat in the cramped room, resigned myself to the situation and took a deep breath…it smelled worse than a farting mule.   Clearly not everyone in this group understood the merits of deodorant or a little meticulously applied gardenia perfume. I continued to survey the room and got tickled at how overdressed I was for the occasion.   The only other person in this sea of Los Angelenos who had noticeably made an effort was a transgender woman wearing a beautiful shade of lipstick to match her dress and she was even wearing hose…bless her…I wasn’t the only person who gussied up for the judge.

As the orientation video droned on, I began to dread the thought of being chosen. “You have to be available for 5-7 business days.” They did not care that my  job does not pay for jury duty.   “You will be given a fee of $15 a day for serving on a jury. “ Do what? You can barely buy a sandwich for $15 in LA. “You will be compensated 34 cents a mile for travel but that distance will be calculated in a straight line.”  LA traffic is more trifling than trying to bag flies…can’t nobody drive in a straight line! “You are not allowed to postpone unless you have a medical condition or you are the sole caretaker of a dependent.” Reckon my husband counts? “Dress codes must be followed. No tank tops, hats or flip flops.” No hats or flip flops? Lord how does the South ever find jurors?   It suddenly occurred to me that Jury Duty was a reverse Reality TV Show…you “win” if you get eliminated.

Just when I started to rehearse my monologue of countless reasons I would be a terrible juror, the orientation lady began to list the perks. We were allowed to eat snacks whenever we wanted! Years of SC public schooling forced me to master the art of sneaking Little Debbie Cakes, Goldfish, and Combos…a skill it seemed I would not need to call upon as a juror. There was unlimited free WiFi! This made me immediately ponder how many potential jurors had spent the day in this room watching porn. And my favorite perk… we could take as many self-imposed bathroom breaks as we wanted as long as we signed out and signed back in! I decided I needed to take a bathroom break immediately…one could only hope the bathroom smelled better than the room I was currently in.

As I made my way back to the jury holding cell, I passed a courtroom that said, “Judge Fred Wapner.” Say who? Judge Wapner! As in The People’s Court? I love The People’s Court!   That Judge Wapner really knew how to jerk a knot in a tail. I ran back to my seat, took advantage of the free Wifi and quickly learned that Judge Fred Wapner is the son of Judge Joseph Wapner! Wonder if Judge Fred Wapner knew his Daddy’s bailiff, Rusty Burrell? I always had an affinity for him. My attention was suddenly jerked away from the Wapners when I heard the orientation lady say, “This court has a high profile floor. If you are chosen for a courtroom on this floor you will have to go through additional security and you will receive additional instructions on how to deal with the press. “ High profile? I suddenly envisioned myself as the formidable head juror in an episode of Law and Order. LA is filled with nutty celebrities behaving badly…I was officially intrigued and totally excited by the notion of meeting Judge Fred Wapner.

My sudden change of heart had me chomping at the bit to be selected for a jury panel. I would dazzle the Judge and lawyers with my Southern charm and they would simply be unable to deny me the opportunity to fully execute my civic duty. They began to call groups of jurors to panels and assign them to courtrooms. Group after group was called but sadly my name was never announced over the loudspeaker. Hours went by and I decided the only sure fire way to cure my depression was to eat. So I took a “self imposed break” and found my way to the floor with the snack bar. As I navigated the halls of this massive building, I noticed that the place was crawling with hunky cops and handsome well-dressed lawyers. A few of my very best southern girlfriends, who also live in LA, are single and complain how hard it is to meet men in this city…seemed to me they needed to haul their butts down to the courthouse.

After sufficiently lolly gagging, I meandered back to the jury holding cell. The day dragged on and on… panel after panel was called… my name was never uttered. I began to have flashbacks of being the last one picked for teams in gym class…some scars never heal.   I began to recall the umpteen million auditions I have attended in LA…the majority ending in disappointment.  I began to face the fact that my hopes of being chosen as a juror were seriously dwindling.   It was almost 5pm and I had been sitting in the same room for nine hours and had gotten no where near a courtroom…much less the high profile floor or Judge Fred Wapner.  And then, like a hoochie mama after a one night stand,  I was callously dismissed.   I didn’t get picked! Los Angeles is truly the land of broken dreams…I couldn’t even get picked for jury duty.  I swanee, some days are just a total waste of makeup.